As with much of our Japan journey, Koyasan featured a generous amount of public transport and confusion.

Koyasan is a mountain-top Buddhist temple village, which is every bit as epic as it sounds. We booked a night there, in what I assume was the loveliest of all the lovely temples and began our monstrous trek from Osaka. We left our bags in Osaka station, with the naive assumption that we could solve the riddle puzzle maze that is the signage to find where we left them. We took a metro, a train, a funicular rail and a bus to Koyasan, which is pretty much the minimum we ever seemed to do in Japan to go from one point to another.

It was four degrees when we arrived, at around 2pm. No rain, but we were basically in a cloud so four degrees of freezing mist.

Japan doesn't like shoes, so when we reached our temple we had to take them off. This was ok except the slippers provided (mandatory slippers) came in two sizes - big and small, and were whittled from the toughest of wood. Our room was traditional with paper walls and floor beds, and a little Japanese tea table where they served us tea on arrival. I was terrified of offending at every turn and had no idea when I was allowed to actually drink the tea. 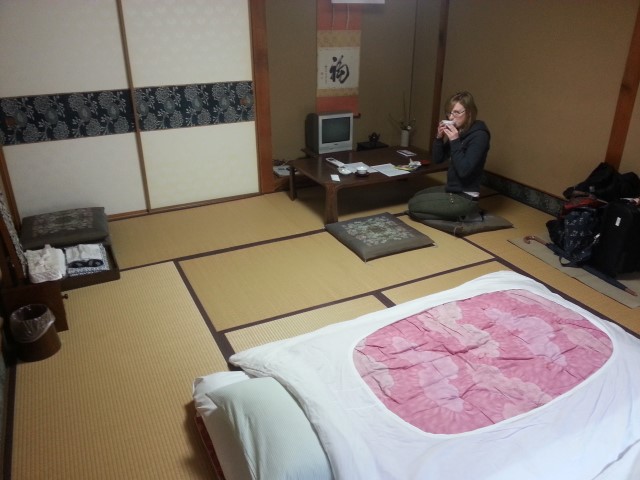 I waited about 20 minutes to drink the tea, just to be safe

The town itself is full of shrines, temples and a beautiful graveyard. The graveyard stretches for a couple of kilometres and is completely shaded by very tall narrow trees. You can climb around the crumbling stone ruins of old shrines, and walk up all the little mystery staircases (not very mysterious, it usually leads to a shrine). Dan was fascinated by the little Buddha gnomes everywhere so we have approximately 1000 photos of them. They're small stone Buddha statues that people put hats and scarves on to keep them safe. It's rather lovely really. He even found a pyramid of Buddha gnomes and was in his element. 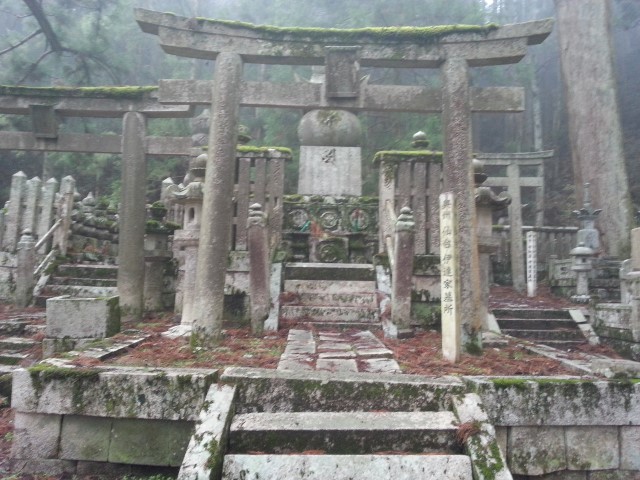 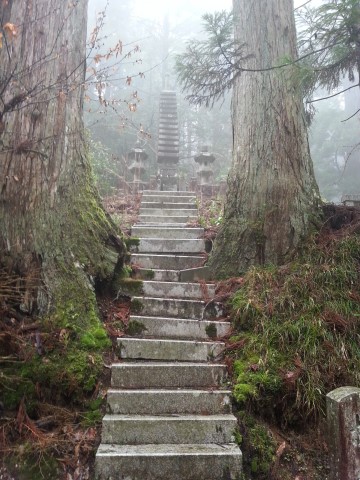 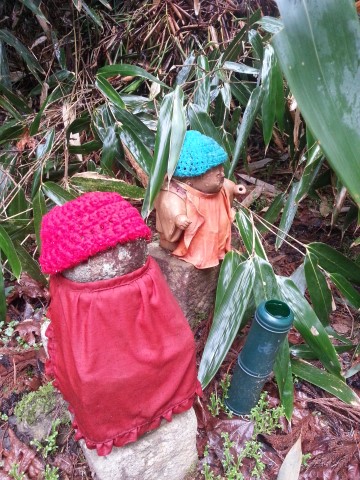 I thought the mist added to the beauty of the village, though most of the other guests were whinging about it. Four degree temps did not add much to the beauty I will admit.

We walked past every shop in the village looking for afternoon food but they all seemed to sell fish soaked in goo (I gather this is the Japanese way). I was about to give up hope and go to the Seven Eleven shop when suddenly, the mist parted and a glorious site appeared: 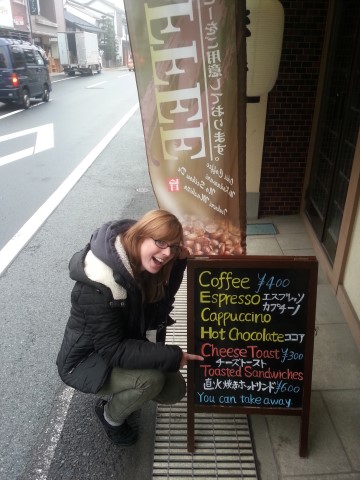 It was the most glorious of cheese toasties

At 6pm the monks served all their guests (there were about 12 of us in total) a traditional (I keep saying traditional, but everything was traditional) Japanese vegan dinner. I tried. I managed the rice. I hope I didn't cause grave offence. We started chatting to the Swiss couple beside us (she also managed the rice, so I didn't feel as bad) and the girl insisted we do traditional (yes) Japanese bath ritual after dinner. I couldn't really say no, as she said there was safety in numbers and I'd look weird if I refused. Traditional Japanese bath involves getting completely naked with a load of other women (or men, if you are a man), showering, then sitting in a very hot Jacuzzi. This is extremely awkward for the kind of person who changes in the bathroom stall at the swimming pool but if you look awkward you just make everyone else awkward so I had to pretend I was okay. And after a couple of minutes I was because apparently nobody cares that we're all naked in a bath together. Also it was that, or not showering for two days. I did wear clothes under my compulsory Kimono on the way to the bath though. I figured the embarrassment of wearing clothes when everyone else was naked was much better than the opposite alternative. 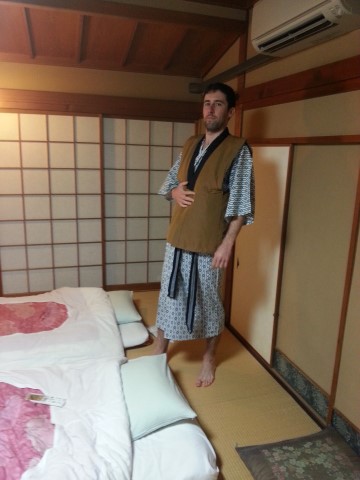 Dan was delighted with his Kimono 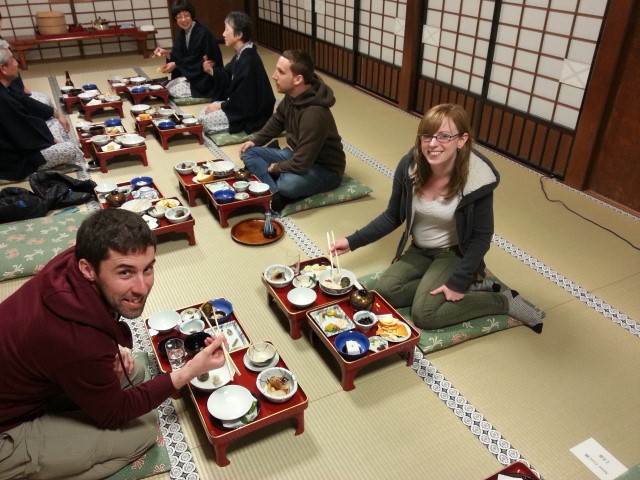 Our traditional Japanese bedroom came with air conditioning/heater, though was still freezing no matter what you did. The toilet was a very long freezing cold walk through many corridors in mandatory slippers and the tap water had one setting: Freezing cold. Even the monks were looking a bit chilly and one told us they weren't really used to this sort of weather. When Dan went to brush his teeth the next morning, he met our room neighbour who said "Ever had to sleep in four degrees before?". Apparently instead of a heater, our neighbours had a shrine.

The following morning we got up at 6am for traditional Buddhist morning ceremony. It took place in the fridge. Dan was very glad afterwards that he didn't choose to wear his Kimono as everyone else had their jackets. I struggled yet again with the traditional vegan breakfast (suspiciously similar to the dinner, I suspect the monks were behind the paper screens eating Frosties) and we got 400 modes of transport back to Osaka.

It was my favourite part of Japan, though if anyone is considering it check the weather.