We got off the plane to Osaka at about midnight and joined an hour-long queue of absolute mayhem for passport control. We realised there were going to be no more trains and were filled with immense sadness at paying immense cash for a taxi to Osaka. But then joy. A bus in the distance. We ran, only to arrive at a closing door.

"Sorry this bus is full," the luggage handler told us. Seeing our crestfallen faces he added, "but there's another one in forty minutes."

At this stage another forty minutes felt like it would be as bad as sleeping in the airport (which we had been considering moments before). Obviously my expression betrayed this, because then he said to me, "You look so sad. Where did you fly from?" He obviously assumed we had come from Europe, on a 14 hour flight, and was less sympathetic when we said Shanghai (less than 2 hours). But he nonetheless helped us buy our bus tickets, brought us up to a shop, bought us chocolate, showed us photos of his grandkids, told us all about his travels in Britain and India and recommended sights in Japan. He was an absolutely lovely guy and gave us a pretty great first impression of Japan. 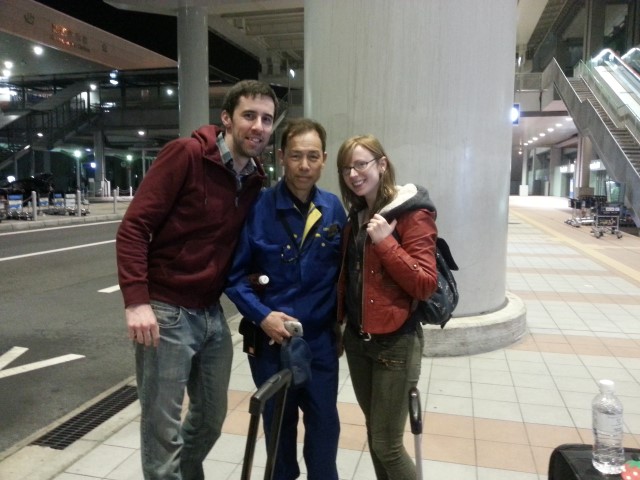 The endless burgers I'd been eating took their toll on our only full day in Osaka and I spent most of it with a stomach ache in our hotel room. Nonetheless we managed to figure out that the train system is impossibly complicated, the train stations are a sprawling mass of underground city, usually complete with shopping malls, restaurants, toilets and huge walkways. Sometimes you could walk literal miles around the city without ever going outside. Every station also has about ten exits so you can end up very far away from your intended destination. 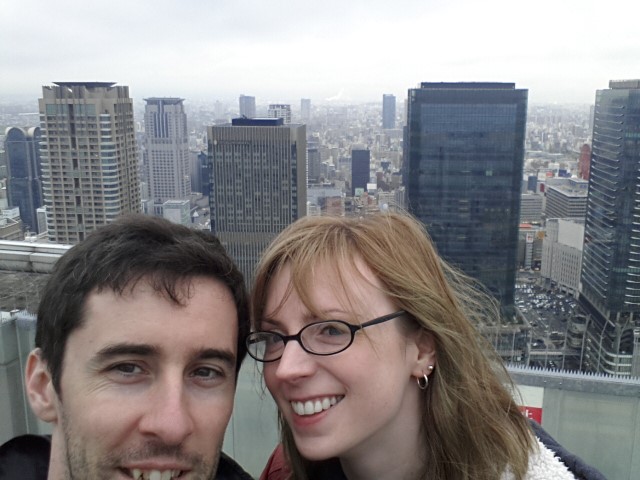 We did go and see another tall futuristic building. It was nice.

We heard tell of a lively street called Dotonbori, a must-see at night, so after dinner (I had a salad in TGI Fridays, a sad day) we went to try and find it. So many times on this trip we've looked something up and assumed it will be obvious when we get there. Roughly an hour we meandered through nearby streets, assuming we had covered every possible area. We were about to give up when I saw in the distance, a large bowling pin rooftop. It seemed like a good bet and it was. The street would be especially delightful for those interesting in Japanese cuisine, as it has lots of street food vendors, but it's still colourful and cheerful with lots to look at, without being superficial and glitzy. The Running Man is there. I don't know what it is, or what it signifies, but we got a picture with it just in case. 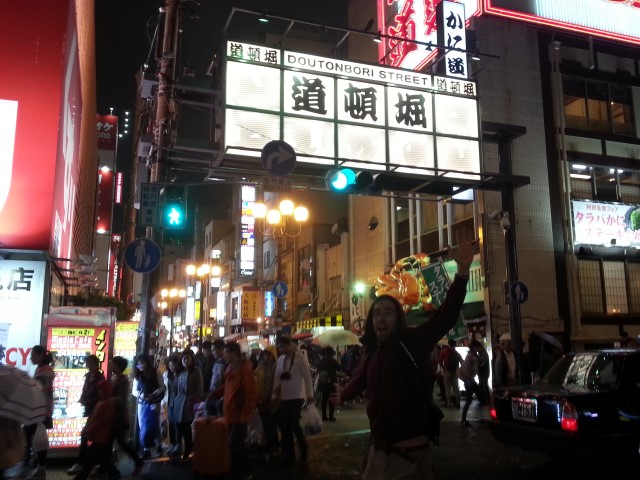 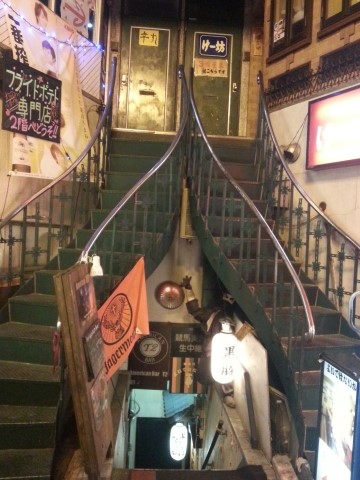 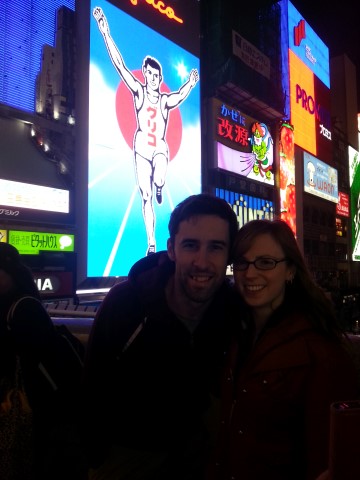 The lady who took this had her friend create appropriate backlighting with her phone so that we were actually visible. A great effort.