When I lived in Galway I had to go to the Cliffs of Moher a lot. Initially of my own volition, then eventually because everyone who came to Galway wanted to go. This is roughly how it happened:

Trip One - Wow. These cliffs are great. Very tall. Nice scenery. Good tea in the cafe. Definitely worth the hour and a half drive.

Trip Two - Cliffs still looking good. Pretty sure I walked all along to that jutty out bit before though, so I might just hang out in the cafe while you go do that. Tea isn't as nice as I remember. Maybe I could afford a biscuit if I hadn't spent my life savings on the carpark.

Trip Three - Think the cliffs have eroded since my last visit. Not looking quite so epic. It's definitely windier than I remember. Cafe is closed so I guess I have to do the walk. Maybe next time we should park in a nearby field to avoid the 400 euro carpark charge.

Trip Four - I'm going to wait in the car.

Trip Fifty Seven - Wow it's so great to see you after all these years! So nice of you to visit on your only free weekend for the next year. No I don't really live that close to the Cliffs of Moher. No don't mind that Google Map, it hasn't accounted for the new roads. I think there's a bus. I'll see you tonight. Enjoy your trip to the cliffs. 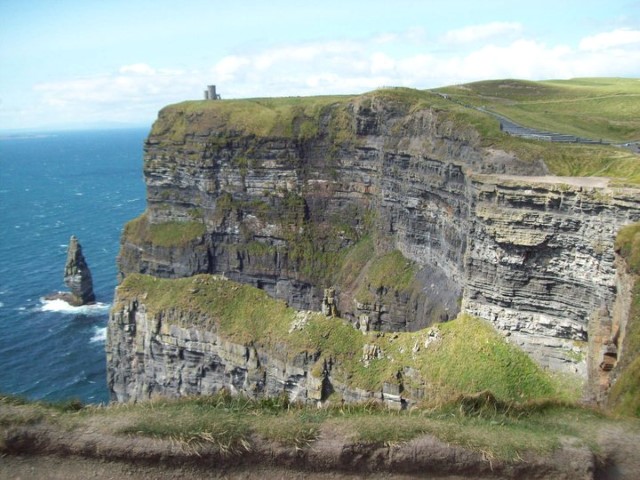 Taken on my first trip, when I liked the Cliffs of Moher 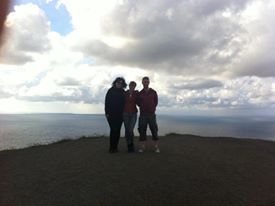 Somewhere in this picture of a thumb and some shadows, is me and my friends Laura and Richie, not enjoying the cliffs 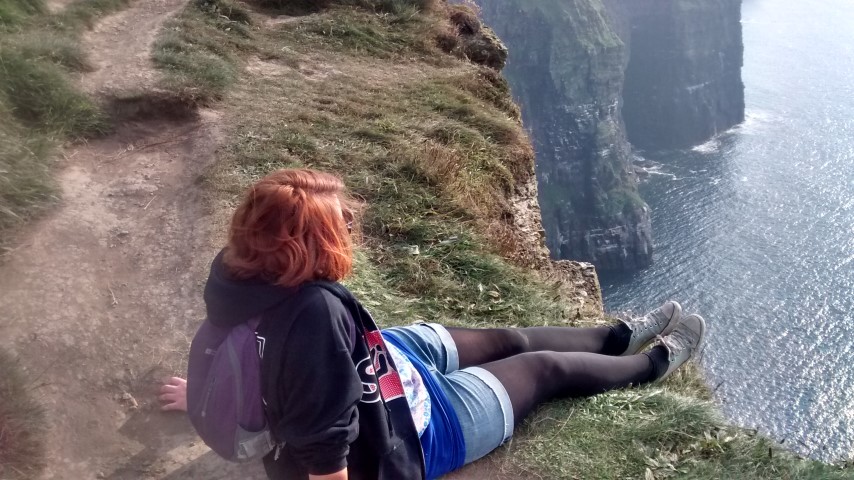 In fairness, I've only been to Arthur's Seat twice. Someone in work told me that it was more of an amble than a climb. You kind of saunter up it at a leisurely pace in about half an hour. After my first trip I stormed into work to confront him and he denied ever saying such a thing. He insists someone else said it, or I imagined it. But whatever the case, someone told me it was just a stroll and it is in fact a gruelling hike (I'm told that I don't really know what a hike is and that if I ever had to do one I would probably die. Either from exhaustion or because my companions would murder me to stop my complaining).

You can see Arthur's Seat from most of Edinburgh, which made it rather embarrassing when we got up there and I'd thought this whole time that it was a different hill. I thought it was the ledge bit, not the pointy bit. On our first trip we walked from the base and with great victory I marched to the ledge, proclaiming myself a pioneer of physical fitness. Then someone said 'no, this is only halfway. We have to go up there,' and pointed to a much steeper, more treacherous hill, the same distance up again.

Then a few months later my cousin and her boyfriend came to visit. 'Don't tell them about Arthur's Seat' I said to Dan. She's a personal trainer and he's in the army. Needlessly to say, they're a little ahead of me fitness-wise. But due to it being distinctly visible from anywhere that isn't obscured by a tall building, they immediately spotted it and asked if we could climb it on Sunday. I tried to say don't be fooled, it's not the ledge bit, but that just seemed to make them more enthusiastic.

It's grand though, because the second time we sneakily drove halfway up. Never mind that the first time we did it was with our friend Laura who was six months pregnant. 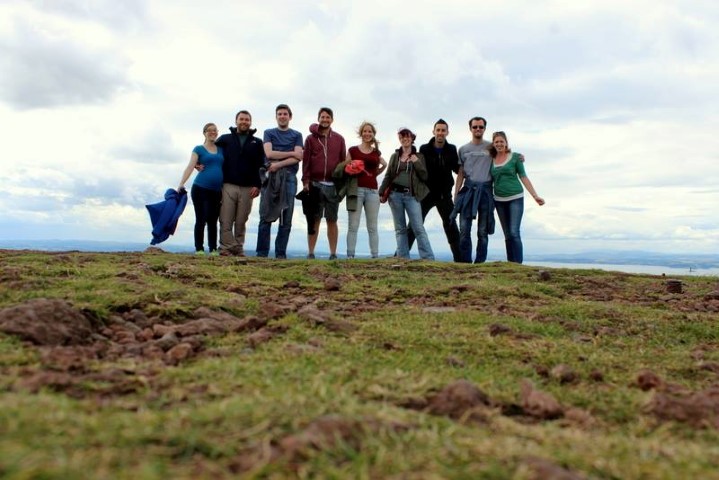 Victorious on Arthur's Seat. Note Laura to the left. Her total lack of complaining made me look bad. 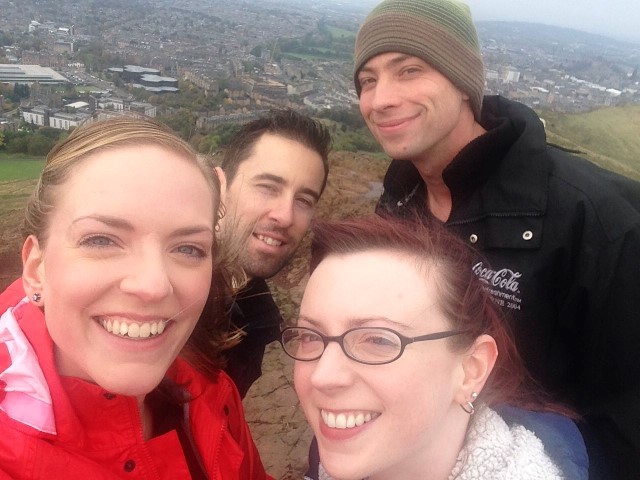 There's a nice view. But there's also a nice view from Calton Hill which is literally a ten minute walk.

It's not so bad I suppose. Just don't turn it into the Cliffs of Moher. I'm talking to you, future visitor. Because let's be honest, if you're not religiously following my blog are you really a good enough friend to visit me in Scotland?

One particularly disgruntled Trip Advisor reviewer gave it one star, truthfully stating that there's no seat at the top. 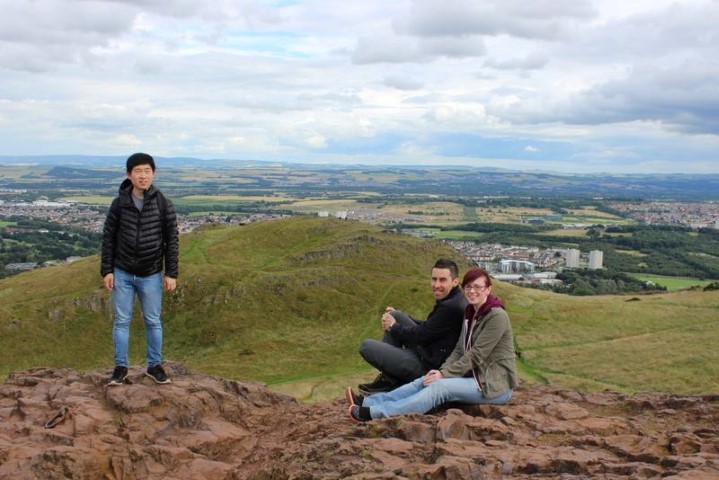 It is, however, the setting of one of my favourite pictures of me and Dan.

3 November 2016
You went up Arthur's Seat in Oz too. But you drove all the way up that hill.

3 November 2016
Yes and there actually was a seat at the top. Scotland take note.