The burning question eating away at us all in these trying times - 'What if we run out of parsley?'. Well fear no more, because I've accidentally grown enough parsley to make garlic bread for the entire United Kingdom (incidentally, can you do anything else with parsley? Please. I have so much parsley.)

Like everyone else, I got into plants during lockdown. But I have this weird condition where I kill almost every plant that I touch. I have 3 houseplant exceptions, and this is testament only to their pure resilience. I don't know what any of them are called, which might go some way to explaining why all my plants die. I bought one in Lidl. It looks like marijuana leaves, but I don't think it is. I keep him in my makeshift office, and when I vacate the room at the weekends, he wilts a bit. I think he likes company. Or maybe I forget to water him when I'm not there. 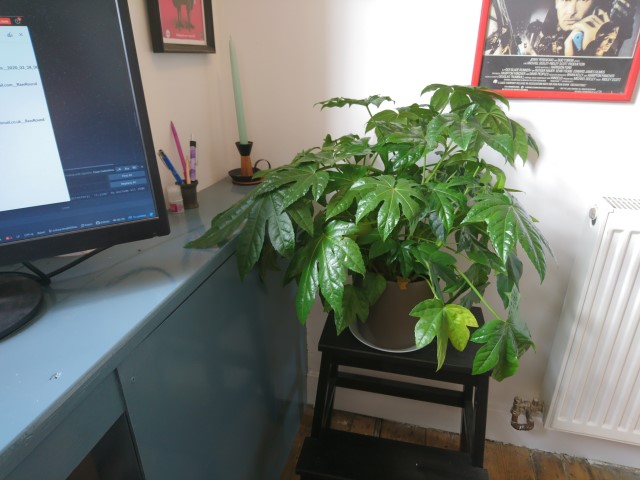 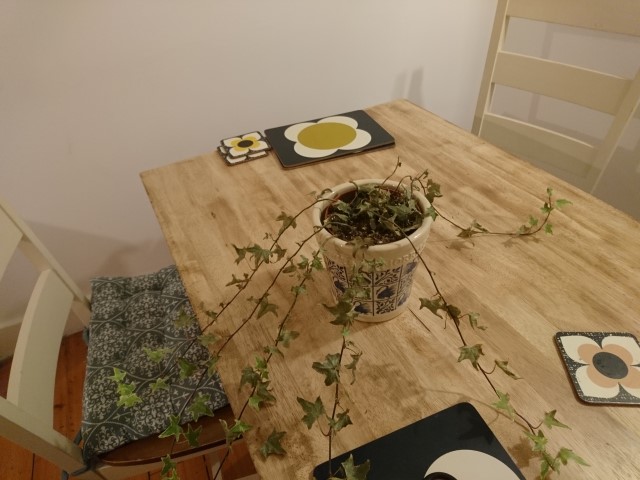 'Succulents are very hard to kill,' said the lying bastard of an employee at Dobbie's Garden World, before selling me a string of pearls that would ultimately break my heart and shatter my confidence. Ivy apparently grows like a weed. Pictured: My ivy

I summoned my friend Lyndsey to the scene, as she is good with plants. Whenever I go away for a week, she comes by and waters the plants and they are always in much better condition than when I left. She tried her best but eventually even she conceded, it was beyond saving. So I flung it out the window into the dandelion meadow that is our flowerbed.

We got this rock fern. It's a lump of rock with a fern growing on it, and you keep water in the base, as if it's in a river. 'LOW MAINTENANCE' was written on the label. You just keep water in its tray and it'll thrive.

We kept him for about 2 months after this. He pleaded with us to let him die, but he kept being not 100% dead so we kept watering him. 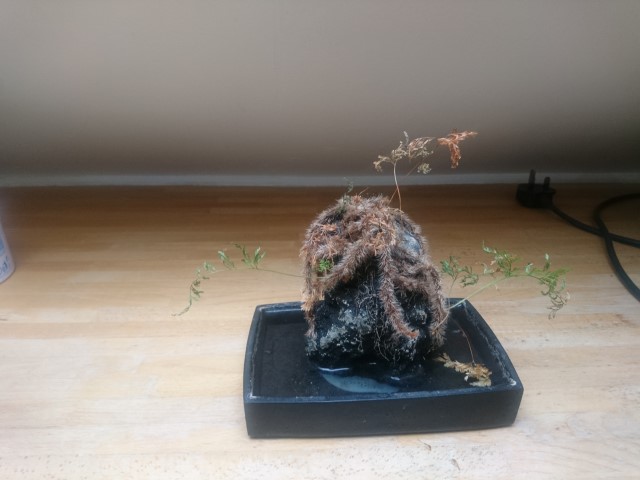 Anyway, then lockdown started and my mum kept sending me gloating pictures of her amazing herb garden and demanding I use the Belfast sink they hauled over on the ferry last year. There weren't many herbs available and coriander is disgusting, so I got mint, chives, basil and parsley.

Obviously basil died as soon as I put it into the planter, but I expected nothing less (Sam's basil FLOWERED. I didn't even know it could do that. I'm pretty surprised since I bought it for her on my weekly shop, which means I had to touch it).

'Careful with that mint,' said everybody I know. 'It'll take over. Even YOU can't kill mint. Haha.'

Well how wrong you were, everybody. It's not even the first time my parsley has killed my mint. Ian Parsley Jr absolutely tore through the Belfast sink, annihilating everything in his wake. He ate the basil first, then moved onto the chives. The mint, already wilting due to being within a 10m radius of me, put up more of a fight. I'd planted the mint in a pot to stop it taking over. How naive. Ian Parsley Jr got the mint in the end. I think he's even consumed the plastic pot. Now I have an entire Belfast sink of parsley and the only thing I ever use it for is garlic bread once a year. 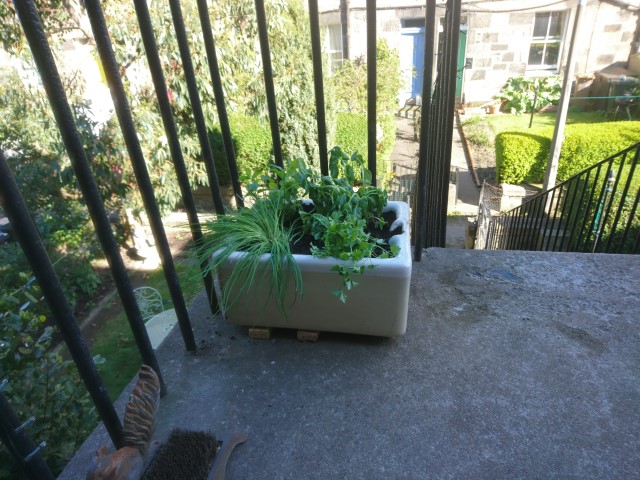 It started out ok 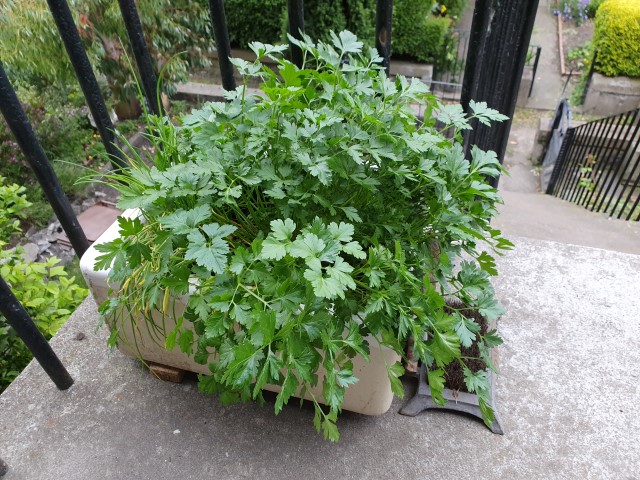 What am I going to do. It is so much parsley.