When we told people we were going to Guatemala they reacted with shock, mingled with trying to cover their shock, followed by sadness that they'd never see us again. That's sort of how I reacted when Dan suggested Guatemala in the first place. It doesn't make many of those 'Lonely Planet Top Ten' lists. Unless the list is 'most dangerous cities that you should never visit'.

Many people at the wedding voiced great dismay at our travel plans. One couple told us we were absolutely guaranteed to be sick the entire time we were there. This did not fill me with optimism.

Chicago was too cosy, easy and Western. It felt like we'd finished travelling when we arrived. This, combined with everyone's ominous warnings, made it tough to brace myself for Guatemala. We also still hadn't gotten over the Vietnam to Chicago jetlag so were sleeping terribly and felt sick most of the time. All in all, leaving Chicago for Guatemala was one of the tougher parts of the trip.

The literal trip was no picnic either. Flight to Houston, 4 hour stopover. Flight to Guatemala City arriving at 10pm. Our flight out to Flores (because we weren't going anywhere near Guatemala City) wasn't until 6am the next morning. Originally we planned to hang around the airport but we felt so utterly awful that we checked into an airport hotel for 4 hours. Extravagant spend. Completely worth it.

We arrived in Flores feeling like death and spent most of the day sitting outside reading or sleeping. We did venture for a little walk and managed to see the town in its entirety because it's tiny. Flores is a sleepy little picturesque island town, surrounded by lake. And importantly, it had a very cheap laundry. A cheap laundry service is invaluable for travelling.

Everyone who lives in Flores is a tour guide. As you walk the 7 or so streets people constantly suggest you pay them to walk with you. While I'm sure it's steeped in history, a tour guide for this miniscule town seemed a bit excessive. We did see one rather miserable looking group of ladies following a man who was gesturing to buildings telling them what colour they were: "So you see here, this building is red, which is a very popular colour in Flores." About two hours later when we were eating dinner on a terrace we saw them walk by on the road below, looking more miserable and frustrated than ever. There's only so many times you need to be told what colour something is. If you don't show interest in paying these guys to tell you the water level in the lake, they offer you weed instead. We took four flights total in Guatemala (US to Guatemala City, GC to Flores, Flores to GC and GC to Mexico) and had our bags "randomly" searched every time. I thought this was a bit weird until I realised that they probably have loads of white people buying weed in Guatemala. 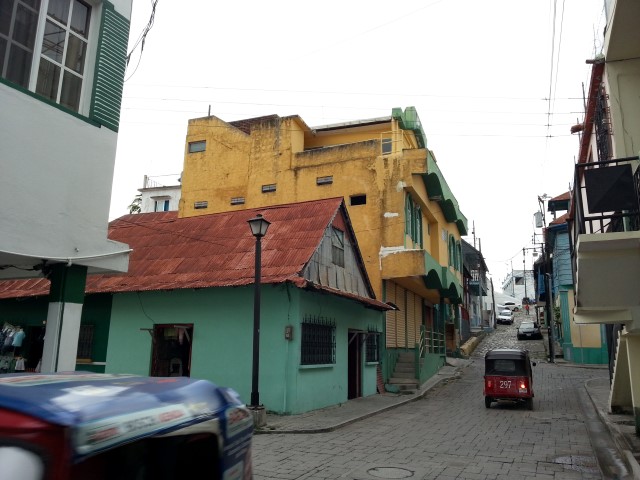 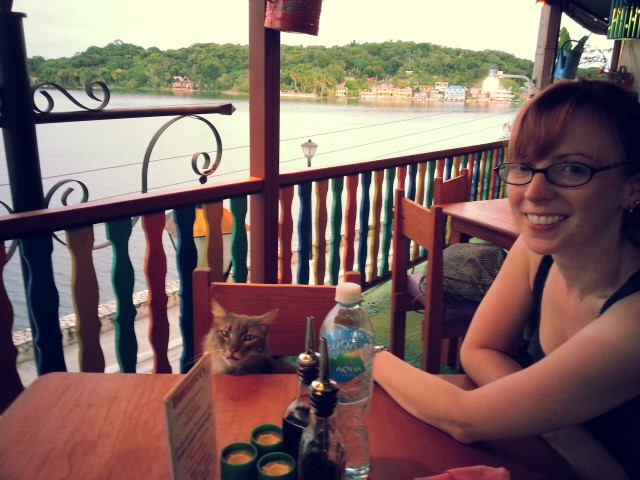 We made a cat friend at dinner. She lives in the restaurant. 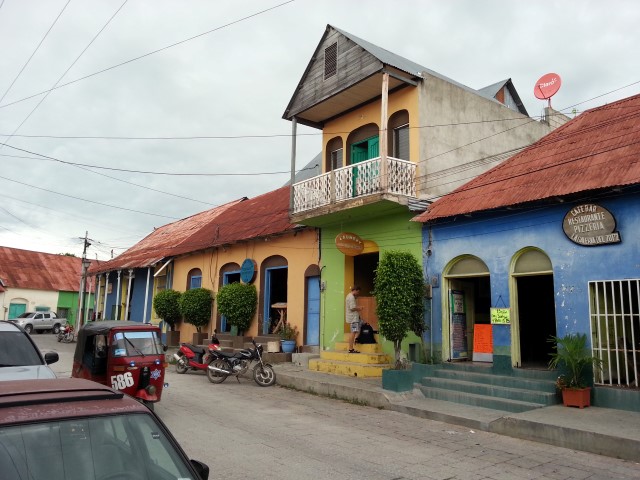 Tikal is an old Mayan temple town, partially uncovered and restored. When we were first organising this months ago, I Googled it to see what Tikal looked like in its hey-day. I used to be obsessed with this point-and-click PC adventure game called Quest For Glory as a teenager, and in the third one (Wages of War) you're in a fictional African city. I was pretty excited when I found the image: 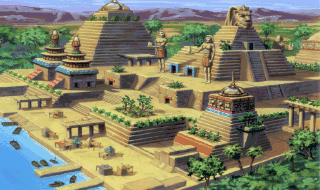 Tarna, where I traded a honeybird feather for a poison antidote and bought rope from the thief merchant 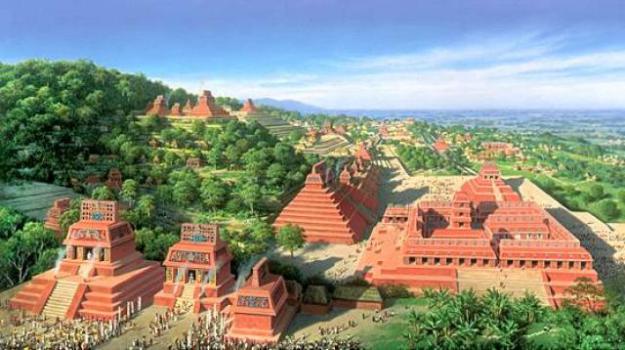 Tikal, where my attempts to trade with a honeybird feather were, quite frankly, met with derision

It doesn't look like that anymore, but that's okay because it's still nice. Sadly they allow you to climb a lot of the pyramids (not up the proper steps, they put staircases in). They also provided lunch which is tough at the best of times, but in Guatemala I was on high alert after all the horror stories I'd heard. I was ready to hungrily drink my bottled water while everyone else ate but in the end I caved and it was probably the nicest meal I had in Guatemala. And no repercussions. 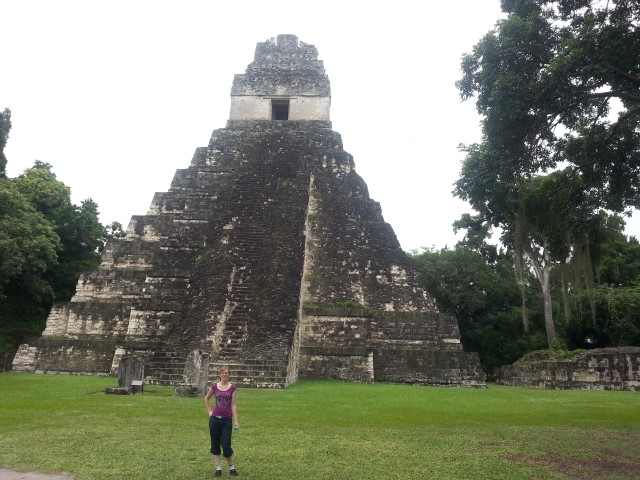